Notice:   We are open and conducting appointments virtually by Skype or Facetime. Please let us know how we can assist you.
If you are thinking about updating your wills, or you have another type of issue, give us a call.

Divorce How It Works in Maryland 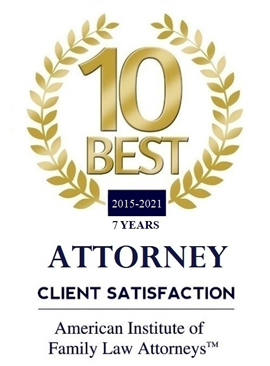 “I’m filing for divorce!” screams a lady in a television show. The next thing you see, she brings the papers to her husband to demand his signature. He hesitates for a few moments and then it’s done. That’s television, and divorce is not that simple. In reality, divorce is far more complicated than signing papers and the process differs from state to state. Most people considering divorce can benefit from the help of a family law attorney. Let’s talk about divorce in Maryland, and who’s better to explain it than a former Assistant Attorney General for the State of Maryland and a current Carroll County divorce attorney?

First of all, there are two kinds of divorce that you can file for in Maryland. Absolute divorce means that marriage is legally over, common property is divided and the parties are free to remarry. In the case of a limited divorce, spouses are still considered legally married, although they are required to live separately. Therefore, they can’t remarry and any sexual relations outside of marriage are considered adultery.

Limited divorce is a form of legal separation that can be used when you need distance but might not yet have grounds for an absolute divorce. Because the two of you are still married before the law, you can continue using the common health insurance policy or filing taxes as married. You are not required to file and obtain limited divorce before you file for absolute divorce.

When you file for divorce, whether absolute or limited, you will need to state and prove your reasons, also known as grounds for divorce. There are two types of grounds:

When the divorce is filed on fault grounds, this may affect how financial support and property claims are awarded. It may or may not affect custody decisions as well, depending on the particular ground for divorce. On the other hand, fault grounds don’t require the spouses to live separately before filing.

As you can see, Maryland doesn’t recognize “irreconcilable differences” as a ground for divorce. One-year separation is the only no-fault ground and it doesn’t allow the spouses to live under the same roof while filing for divorce. This can be a big inconvenience for couples who might have their reasons to delay moving out, whether it’s due to childcare or financial strain. If you are in this situation, talk to your Maryland divorce lawyer who might be able to help you find a solution.

What is Decided During a Divorce

When you file for divorce, you draft a “complaint for divorce” that states your grounds for divorce, as well as other facts about your marriage. Even in case of mutually agreed-upon separation, only one spouse files for divorce and the other one (the plaintiff) is served the petition. The plaintiff then has 30 days to give a response, whether confirming or denying the stated allegations.

A big part of a divorce is a separation agreement, also called marital settlement agreement. It outlines how all the mutual property and binding responsibilities will be divided between the spouses. Courts encourage spouses to draft their own agreements on mutually-satisfying terms. But if one of the spouses contests any part of the agreement, then the court will decide in whose favor it should be settled.

A separation agreement may cover:

If you and your spouse have signed a prenuptial agreement, it may cover some of the things listed above. Whether or not you have any preexisting agreements with your spouse, legal representation is recommended in divorce cases. Even when both you and your spouse mutually agree to go through with the divorce and agree on every term of the settlement, there is plenty of paperwork associated with a divorce, and all of it has to be filled out properly and filed timely in order to avoid costly delays.

Contact Law Offices of Gary W. Desper for legal advice and representation in your divorce case.